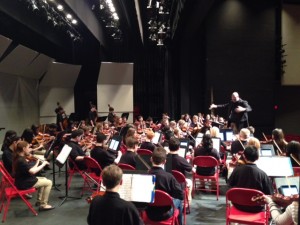 Congratulations to the Intermezzo Orchestra on a successful performance at the annual University of Illinois / Niles West HS Orchestra Clinic!

Listening and Warming Up

When we arrived at Niles West HS, we first watched the MacArthur MS Symphony Orchestra (7th & 8th Grade) perform some challenging music. They had woodwinds, brass, and percussion join the strings which prompted Mr. Broach to share that “someday we’ll have full orchestra too”. Lake Zurich students were very respectful during the performance by listening intently (in other words, staying quiet). 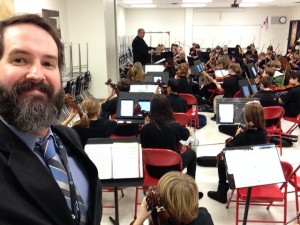 Getting ready in the warm-up room.

Following MacArthur’s performance, we grabbed our instruments and proceeded to the warm-up room where MSN and MSS students were going to be playing together for the first time. Getting into seats took a bit of time with having to alternate North/South seating. We wanted to be as fair as possible. This year, North had first 1st Violin stand, first Viola stand, and first Bass stand. Next year, North gets first 2nd Violin stand and first Cello stand.

Mr. Broach started the rehearsal by running through March of the Shadows – the first time MSS students had performed the piece under Mr. Broach’s baton! He gave just a few reminders, saying “be sure to look up as I might do things a little differently than Mr. Polomchak”. The piece sounded great with such an enormous orchestra!

Since Mr. Broach conducted two pieces last year, Mr. Polomchak got to conduct two this year. Mr. Polomcak did just that and ran through Intrada and Creatures, sharing similar advice as to where to “look up and make sure you stay together because this is how [he’s] going to conduct this part”. All in all, the students responded well!

After warming up, we grabbed all of our stuff (instruments, cases, music, rockstops, iPads) and proceeded to the stage. Piling up all of our cases in a small section backstage, we proceeded onto the stage. Dylan D. (MSN Violinist) led the orchestra in tuning. After we were introduced by a student officer of Niles West HS’s Music Board, we started off with Creatures.

Next, we performed Intrada “Pas de deux” (“step of two”, a duet) from Tchaikovsky’s Nutcracker Ballet. Both MSN and MSS plans to perform this piece at their respective Holiday Concerts in December. The intention was to bring this unpolished piece to the clinic to receive quality feedback on how to perform it well in a couple of weeks.

The clinicians gave us great comments live during our performance. It’s a great way to get some feedback while simultaneously hearing the performance. As we are getting ready on the stage, they introduce themselves and as soon as we start playing they have a lot of great tips on how we can improve. 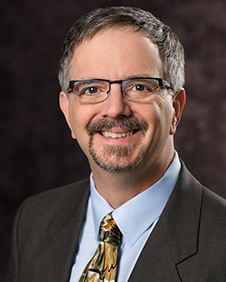 Following our performance, students dragged their instruments, cases, and (some of them) their coats to the Niles West HS Orchestra Room where we had a clinic with Dr. Louis Bergonzi, professor of Conducting and Music Education at the University of Illinois at Urbana-Champaign.

Dr. Bergonzi is always enthusiastic, engaging, and above all patient with the young students. Even more so for our ensemble, as he was leading nearly 70 squirmy preteens. I have to admit, I was not entirely pleased with the way our students interacted with Dr. Bergonzi.

In classic Dr. Bergonzi fashion, he bounced around on the podium with great enthusiasm and violin in hand. He quickly went into asking the students to repeat after him. He played a couple easy notes on his violin and wanted the students to repeat what he had just played. We call this “Call & Response”. He didn’t use the term, but after a few times modeling it and explaining it with few words, everyone in the room understood what he wanted everyone to do.

But, sadly, I think many students chose not to allow Dr. Bergonzi to take his turn as “Caller” and then respond (only once) for their “Response”. I wonder if Dr. Bergonzi was getting frustrated. He certainly didn’t show it with his enthusiasm and warm smile.

He also effectively led the students (though I might argue that the students didn’t effectively follow) in an intonation exercise where the students would play one note then wobble their finger around a little until they found the right pitch. I know where Dr. Bergonzi was going with the exercise, I just worry that some students didn’t get there as they weren’t effectively following. Though he did work with the basses alone for a minute or two (because basses are so often forgotten) and had positive results. I think Rewa S. learned that the finger tapes are not to be trusted.

After our performance and clinic, we headed out for lunch at Old Country Buffet so the kids could eat to their hearts’ content. Mr. Broach gave the usual spiel about “this is a public place, so be good,” and “don’t make drink concoctions that the servers have to clean up”.

Overall, the kids were well behaved. Two patrons shared with Mr. Broach and Mr. Polomchak that they were the best behaved school group they’ve ever seen. One of them was even a former teacher and he was impressed! He asked what was our secret, and Mr. Broach told him something about perfecting giving the evil eye.  Later, when he learned they were orchestra kids he said, “makes sense”.

All in all, it was a good trip. The students performed well and (for the most part) were shining examples to represent Lake Zurich. However, I can’t quite put my finger on it, but there was something we have not quite mastered having to do with collaborating as a whole.

The next day in orchestra class, we got in a big circle. Though it took far too long to successfully and simply get into a big circle. Something as simple as getting into a circle frustrated some students. 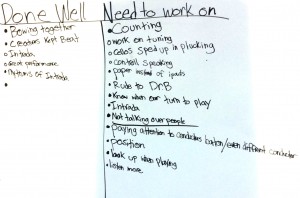 U of I Orchestra Clinic Student Post Reflection (T-Chart)

Once in a circle, we reflected on the trip and students came up with this T-Chart on what we did well and where we need to improve. 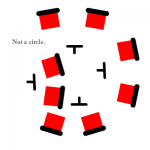 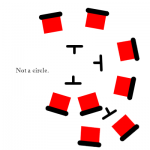 Today in class (two days after the trip), each section sat in small circles facing each other. Most of the students were able to effectively sit in circles. However, some students (mindbogglingly) needed some guidance on how to “sit in a circle”. 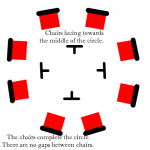 Once in circles, we started class by using “Call & Response” to effectively learn how to perform a “down-up-up waltz bowing pattern” in Skaters’ Waltz, a piece we are preparing for our upcoming December 10th Holiday / Pops Concert. Mr. Broach made various calls with his violin aiming towards students to accomplish…

Amazingly, the students let Mr. Broach take his turn and then appropriately took their turn with their Response. The difference between today and during the clinic with Dr. Bergonzi was that the students made a conscious decision to do the right thing. In this case, take their turn.

Once we got the hang of the down-up-up pattern, students collaborated (which included taking turns sharing thoughts) in their sections to identify parts in the music where they might use that pattern. Students annotated in their music. I walked around and the students shared with me their ideas. I pointed out a couple of spots that might also work. They collaborated some more.

So, we traded a bunch of seats. Some cellists took the seats of a few first violins. Those first violins went to the viola section. Some violists went to the cellists, and so on. Students were sitting next to others that didn’t have the same instrument or part as they did. We played it again from our new seats and it was the best vertical alignment that we’ve ever had.

Perhaps the lesson for the past few days is…

We’ll see how these ideas pay off at our upcoming December 10th Holiday / Pops Concert.